Furthermore, closer to the formal prototype of learning, there are four suggested online courses, all under the categories of Technology and Mathematics. All the courses are featured on The Skills Toolkit provided by the National Careers Service.

Firstly, the Mathematics course covers the topics of Numbers, Units and Arithmetic, and is provided by the Open University. It focuses on the basics of working with positive and negative numbers and how to multiply and divide with fractions and decimals.  Since it is a self-paced course, it will allow learners with the independency to work at their own free time and improve their understanding in under 5 hours. Furthermore, upon completion, the learner will have gained both confidence in basic arithmetic and a certificate of participation.

Secondly, the Technology courses are focused on the fundament principles of Programming. There are three suggested courses, with “Computer Programming for Everyone” being general, aiming to cultivate an understanding of why people code and the problems that coding can solve, whilst the other two courses, “Programming Essentials in C” and “Programming Essentials in Java”, rather focus on the specifics of the corresponding programming languages. Even though these courses do not provide a certificate upon completion, the learner will have improved their knowledge, understanding, skills and confidence in regard to Computer Science, which is highly appreciated in the labour market.

The resources, include face-to-face workshops as well, which are provided free of charge and aim to enhance the feeling of community in the city of Nottingham.

The workshop, “Reclaim the Night; Protest Placards Workshop”, is provided by Nottingham Contemporary and aims to empower women to create protest art in the lead up to Reclaim The Night women’s march. Anyone who defines themselves as a “woman” is welcome to join the workshops on either Friday 26th (5-8pm) or Saturday 27th (12-6pm) November and contribute to the protest against street harassment, victim-blaming, and all forms of men’s violence against women.

These two virtual exhibitions come to highlight that learning can take place in a plethora of different spaces and can take various forms. A learner who engages with these virtual exhibitions will broaden their horizons and develop or contribute to their understanding.

The first exhibition – “Hassan Hajjaj: The Path – Virtual Exhibition at New Art Exchange” – enables reflection on hybridity and multiculturalism, via appreciating the unique and timely consideration and artistic representation of culture and identity in the modern, globalized world.

The second exhibition – “Still I Rise: Feminisms, Gender, Resistance” – draws awareness upon the role that women have played in the history of resistance movements and alternative forms of living, via showcasing different representations of such through various art mediums.

Following the informal and non-formal learning prototype, these online talks invite everyone to further educate themselves around the topics of Race and Black Power.

The first event – “Let’s Talk About Race: Anti-Racism and Racial Literacy Dialogue Sessions” – aims to dismantle white supremacy by talk about race in our society, via creating a safe space for dialogue and raising questions about racial/white privilege, anti-racism, racism, why civil rights activists are protesting in the streets and/or institutional racism.

The second event (“A Real Black Wonder Woman and Her Art”), is an online zoom talk, organized by Black History Walks in collaboration with the Image of the Black in London Galleries. Kendall Francis, one of the first Black British female painting conservators, will be speaking about her work in art heritage, race, and gender, on Thursday 18th of November 2021.

The last event – “British Black Power: Leila Hassan-Howe in conversation” – opens the floor for Leila Hassan-Howe, a Black British Civil Rights activist, leader, writer, history maker and co-founder of the 1970s ‘Race Today Collective’ to telling her inspiring story. This is a free online zoom talk, organized by Black History Walks in conjunction with the Sarah Parker Remond Centre at U.C.L., and will take place on Wednesday 3rd of November 2021at 6.30pm UK 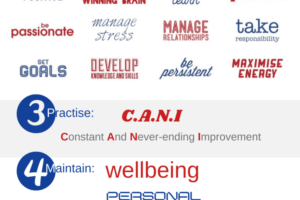 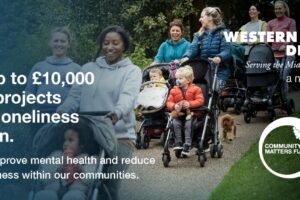 Working Together to Safeguard Children 2018